With DecSoft App Builder we can create apps that can run, without any dependency, in all the modern desktop and mobile browsers. Also is possible to create WebExtensions for the same modern mobile and desktop browsers. Thanks to the integration with Apache Cordova, with DecSoft App Builder we can also create apps for the Android platform and the iOS platform.

The above mean that we can create apps to be deployed in Windows 10 PCs and tablets, for example. And we can do it in various ways, for example, we can upload our apps into the Microsoft Windows Store, but, we can also deploy the apps without the need to upload it to that store. That apps can be installed in the system and appear like others in the Windows's menu.

Now it's also possible to compile the apps created with DecSoft App Builder using the Apache Cordova Electron platform, in order to get native executables for Microsoft Windows. Take a look at this blog entry.

In order to create the appropriate stuff for Apache Cordova for Windows, we must open the app's options dialog and then goto the Cordova - General tab and check the "Create a Cordova config file", and, in this case, check also the "Windows" checkbox under the "Batch files" group. Just what you can see in the below image: 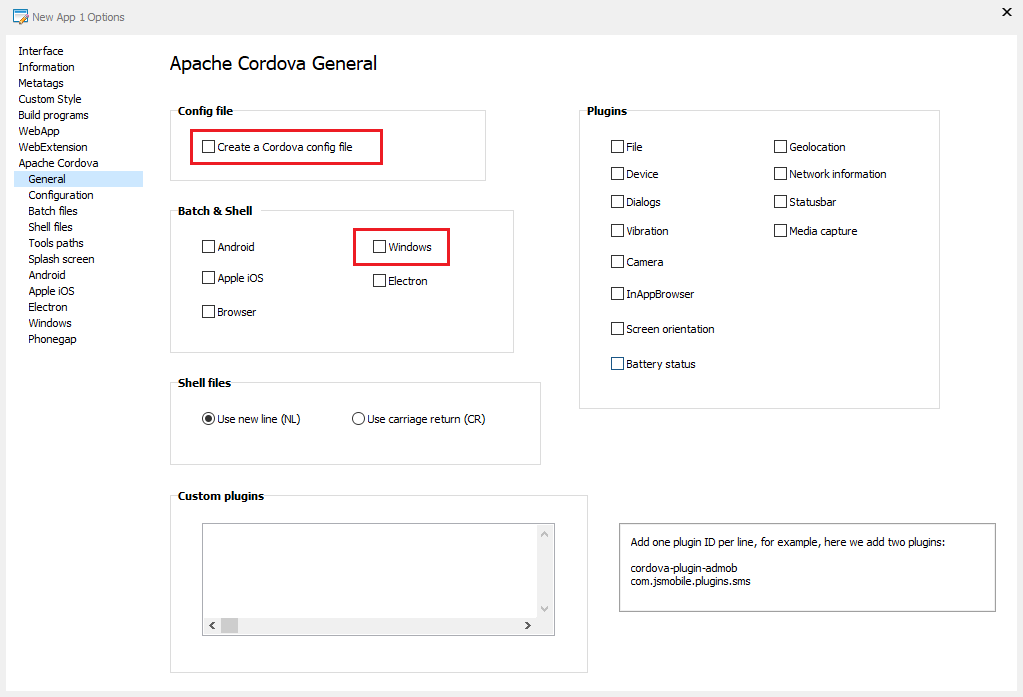 Once we compile our AB app, and, since we setup the appropriate options (see above) the right Apache Cordova icons, splash screens, configuration file and BAT files has been generated by AB, as you can see in the below image: 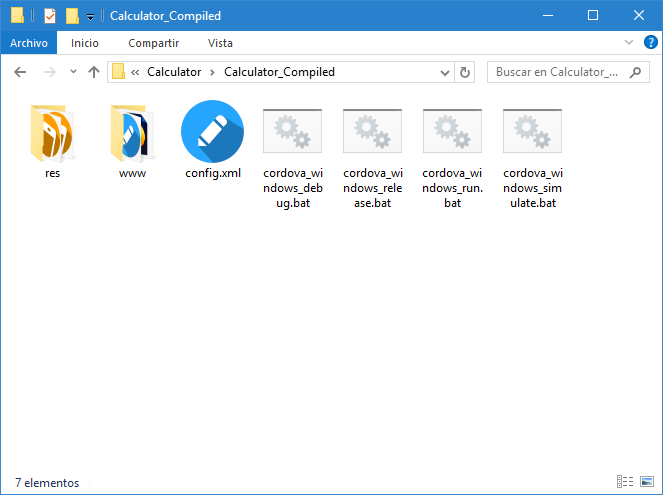 We can now execute one of the above BAT files in order let Apache Cordova to create the Visual Studio project for our app. We can execute the "cordova_windows_release.bat" file, for example, and let Apache Cordova the prepare the right Visual Studio project for our app. Don't worry right now if the Cordova command line produce some warnings right now, just wait to the command line to finish. Then you can see the below files in the compiled folder of your app: 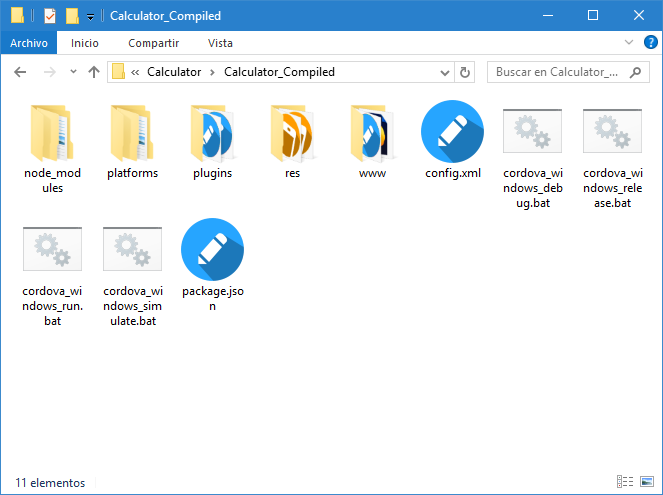 Navigate now to "platform / windows" and you can see the Visual Studio project already created: 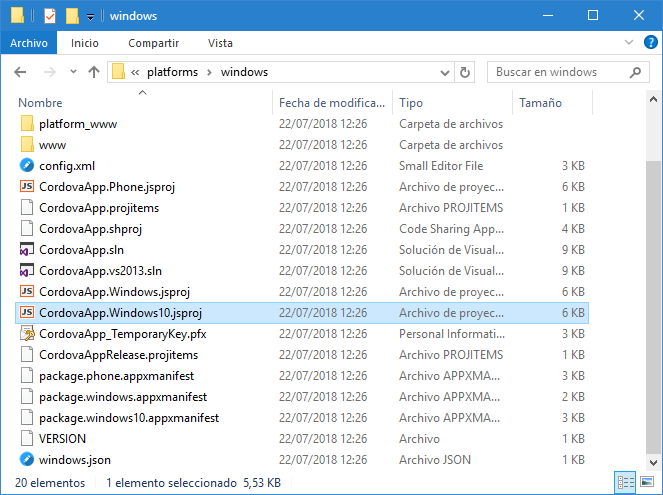 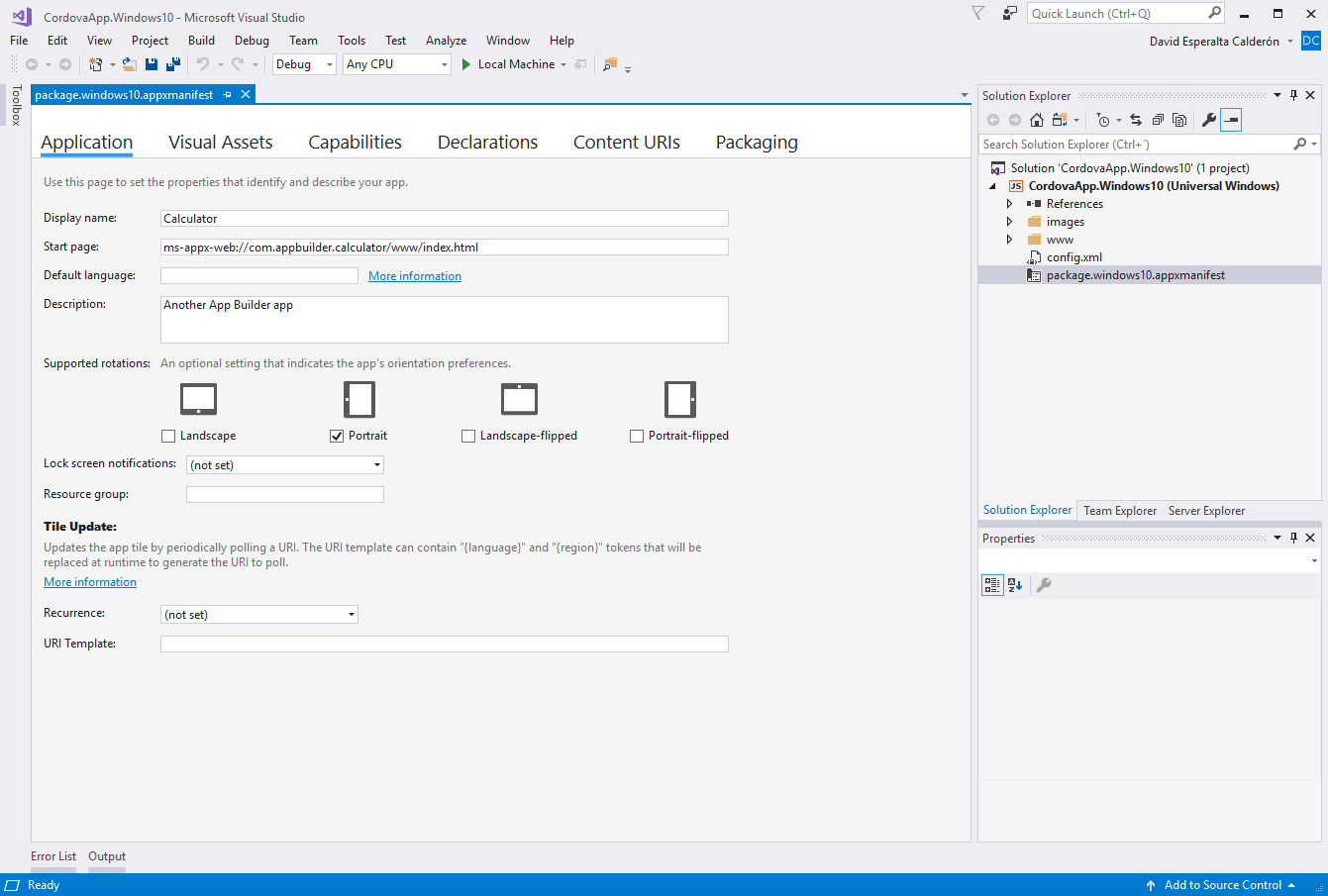 At this time you can start to debug your app in Windows. Just press the "Local machine" button and the Calculator sample app will be run. This blog posts is not an exhaustive guide, but, using Visual Studio, we can also prepare the package of our apps, get it ready to be distributed in the Microsoft Windows Store or by ourself. 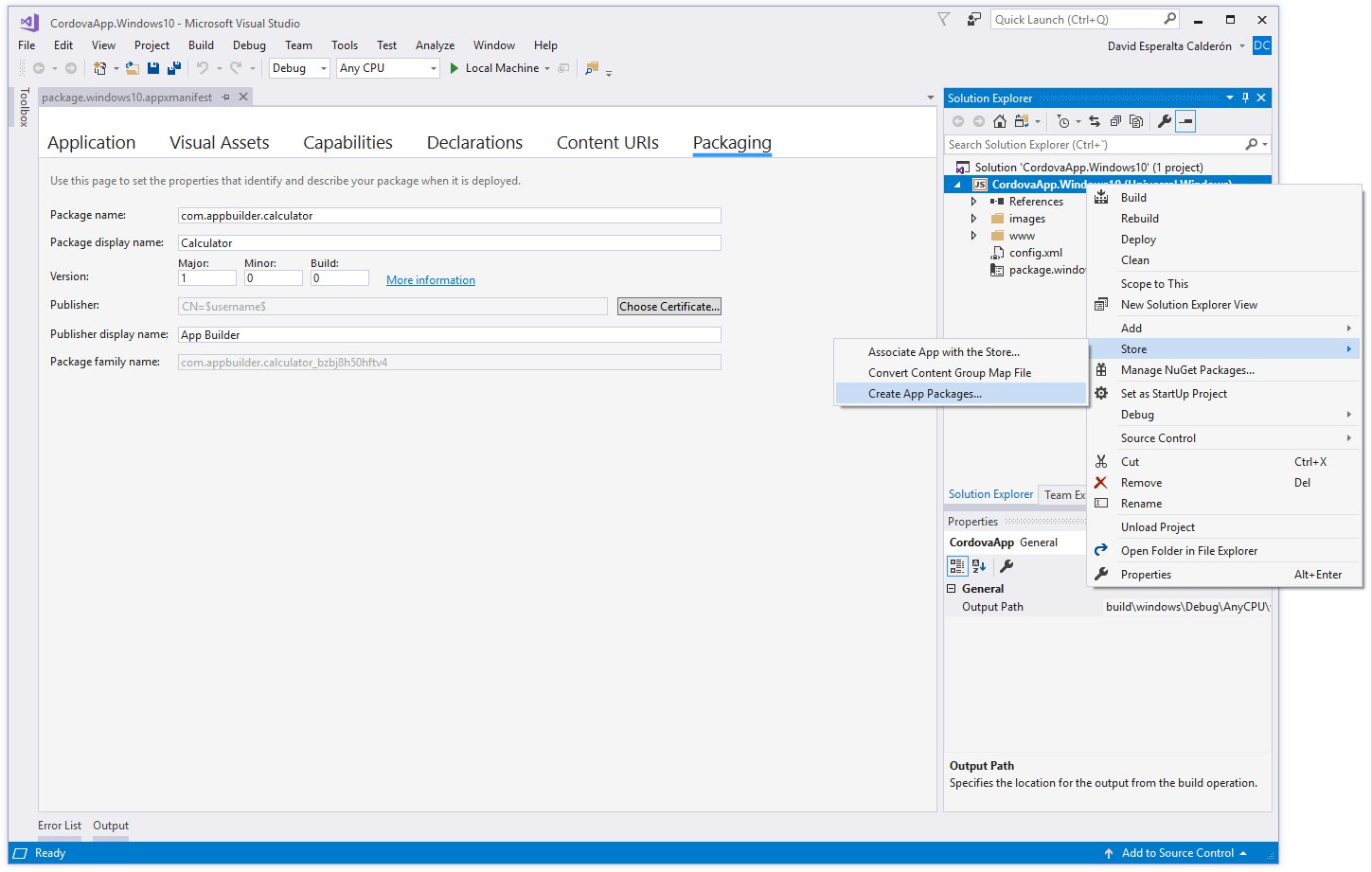 With DecSoft App Builder and the help of Apache Cordova and Microsoft Visual Studio, we can get our apps ready to be deployed as Windows Universal Platform apps, for example, to be distributed for Windows 10 computers. Remember that our app still to have the same base code: with the same base code we can create apps for all the modern mobile and desktop browsers, and, additionally, with the help of Apache Cordova, we can also prepare our apps to be run in Android, iOS, Windows and other platforms.

Now it's also possible to compile the apps created with DecSoft App Builder using DecSoft HTML Compiler, which give you a very easy (but powerful) way to compile your HTML apps into standalone executables for Microsoft Windows 32 and 64 bits. Take a look at our DecSoft HTML Compiler now!
Try DecSoft's App Builder for free! Like all of the DecSoft's products, the App Builder demo release is not limited in features nor time, so you can try the program the time that you need and using all the available characteristics. Play with the more than 50 app samples included by the program, the contextual program's help and get more help in the DecSoft's support forum.
Back to the DecSoft blog

PERFECT! [...] Awesome how great your [DecSoft App Builder] software and support is. I will SWEAR by it and use it for all mobile and HTML5 programming.