With DecSoft HTML Compiler you can easily compile your modern HTML apps (Single Page Apps, for example, created with our DecSoft App Builder) and games (for example, created with Construct 3) into standalone executables for both Microsoft Windows® 32 and 64 bits. Your app files are never extracted into the user computer and run in a modern browser environment based in Chromium. 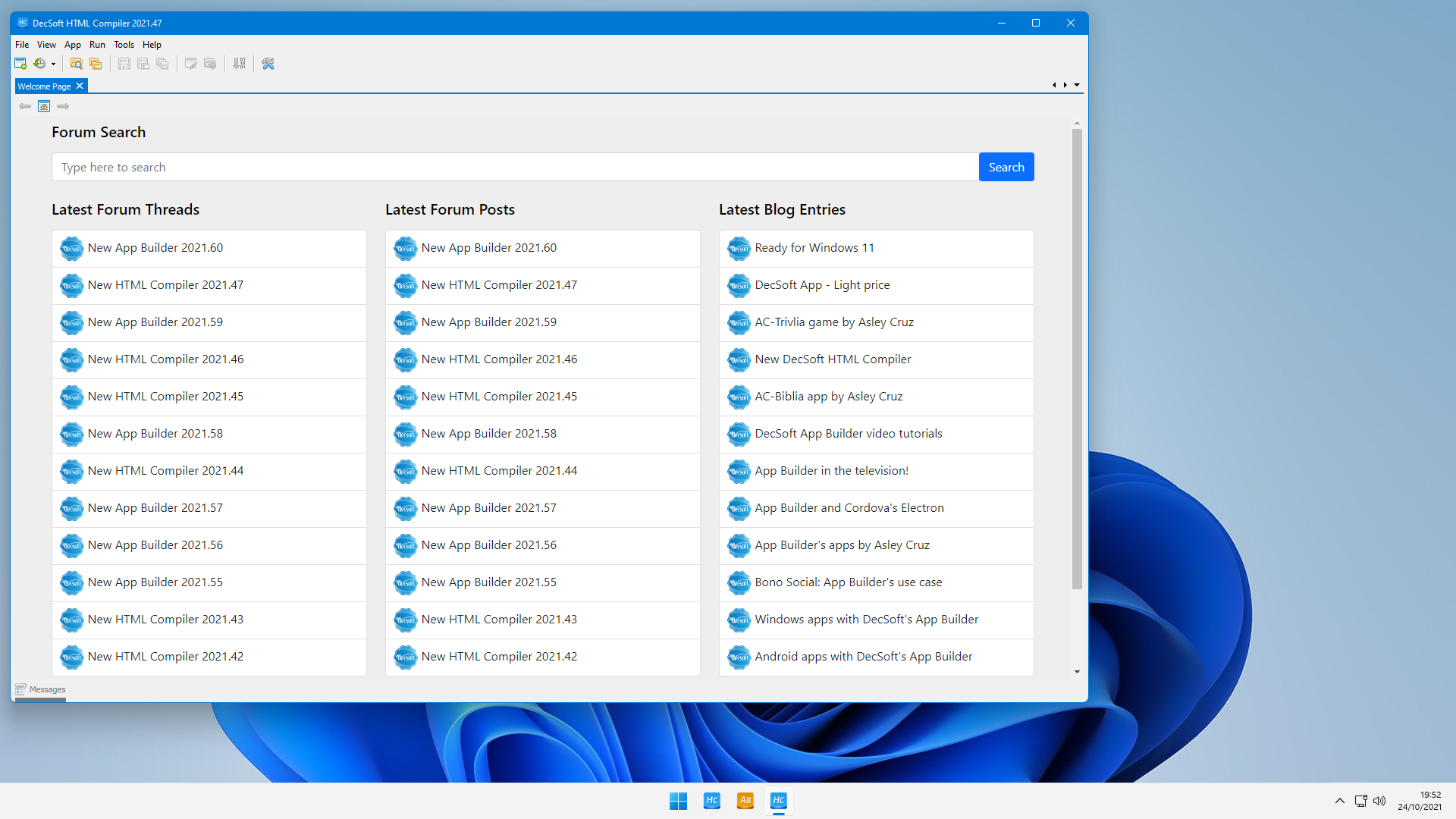 Like in our DecSoft App Builder, a Welcome Page offers interesting information 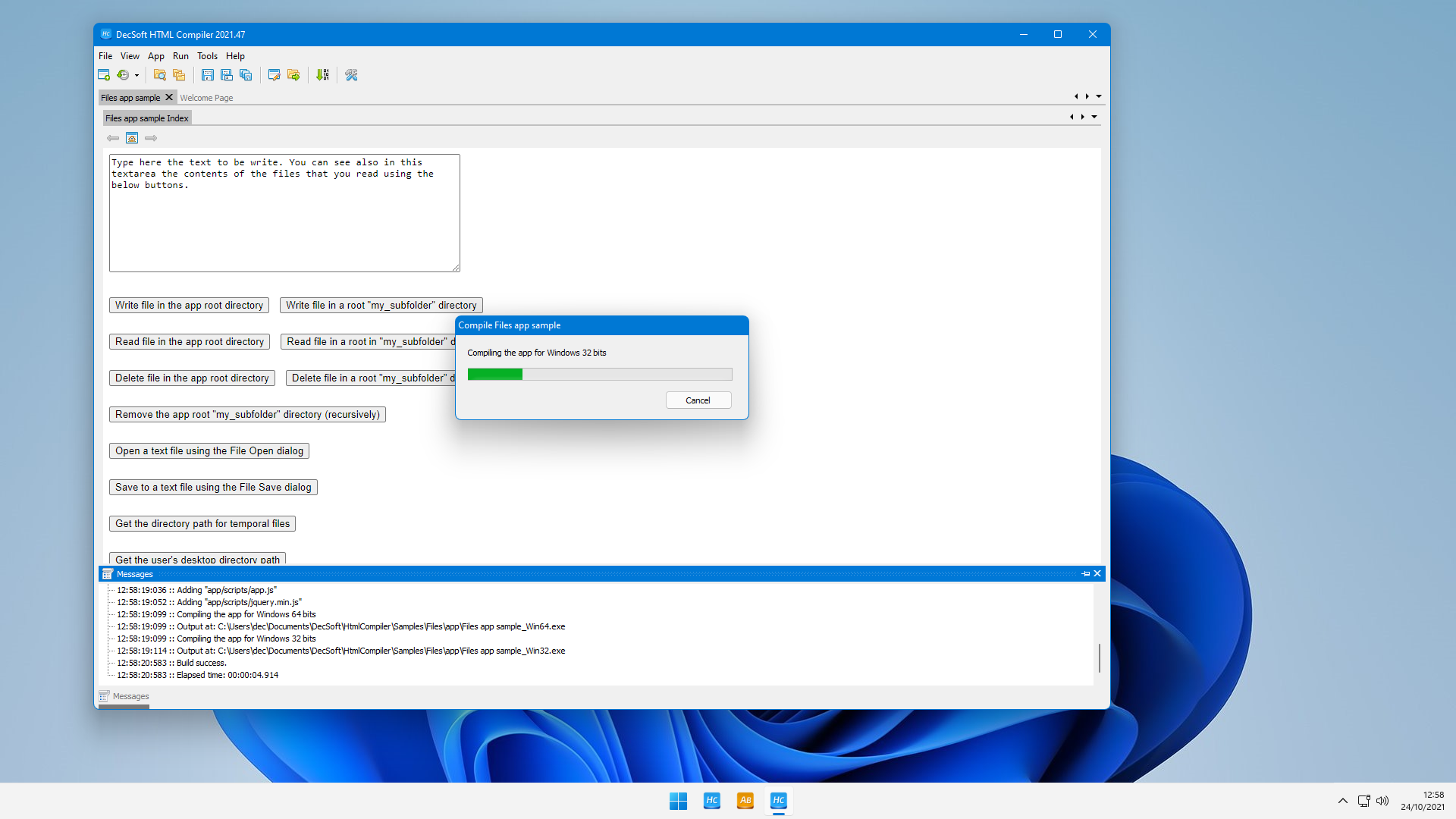 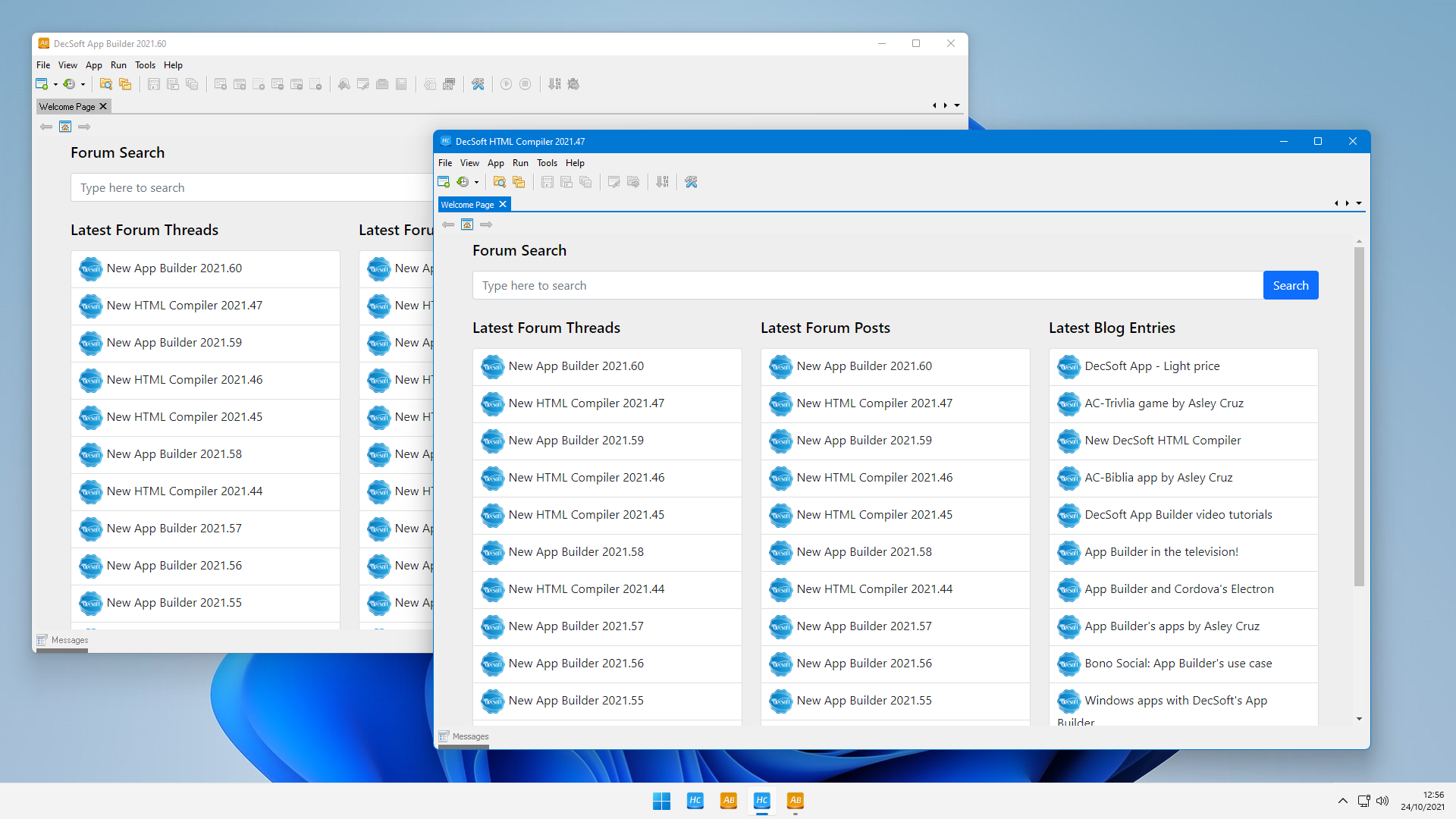 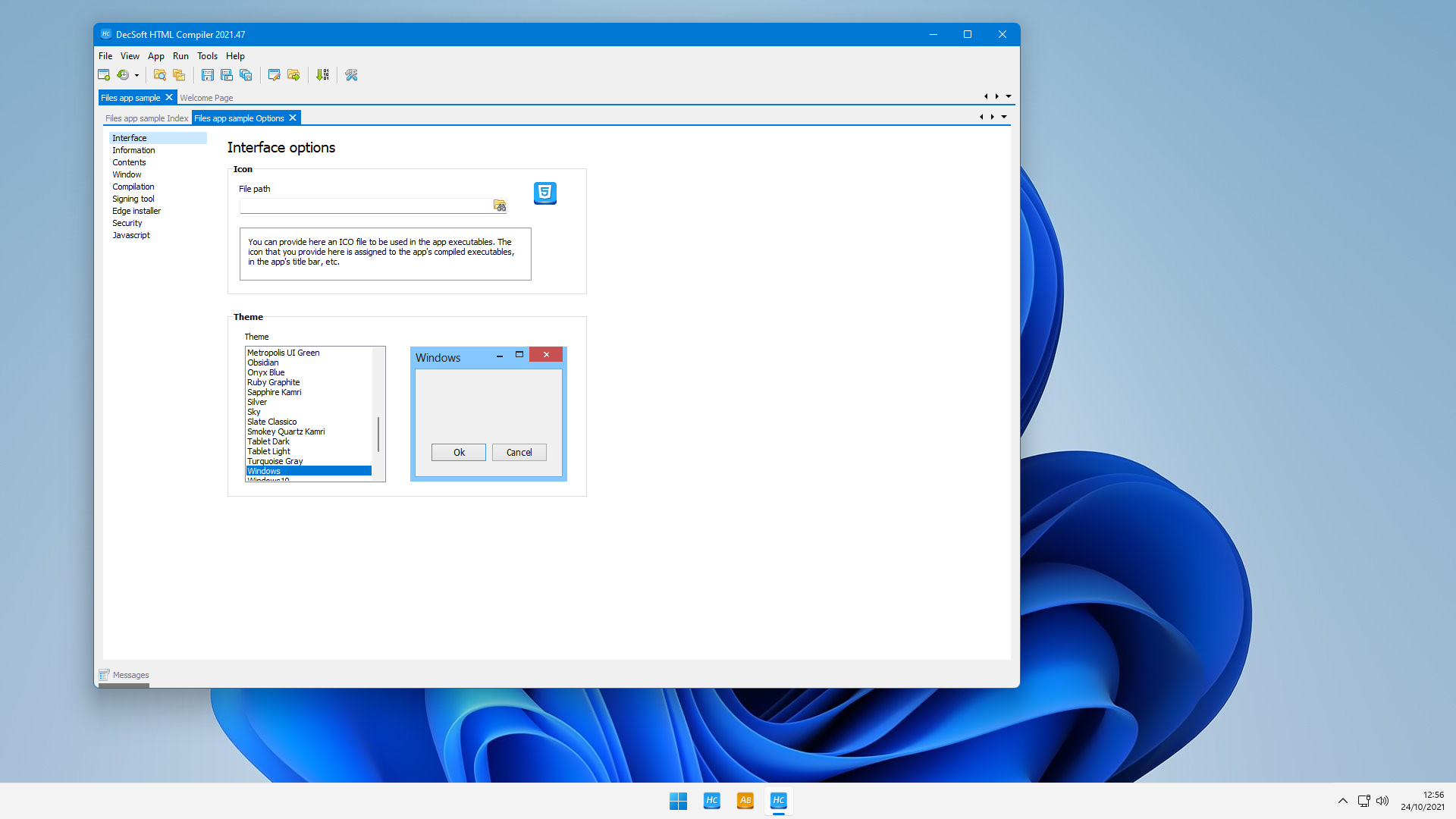 Dozens of user graphic interface themes are available for your apps

Your HTML apps are compiled in both Microsoft Windows 32 and 64 bits executables. Your app's files are never extracted in the final user computer except if you want to extract some particular files.

You can use the user graphic interface or the command line tool in order to compile your HTML apps, just by indicating the path for your application "index.html" file.

DecSoft HTML Compiler include a command line compiler in addition with the visual environment. In this way you can compile your apps from the command line, simply and fast.

DecSoft HTML Compiler don't shown to the user any interface element. But this is fine, because then your application looks exactly as you wanted, without any undesired interferences!

DecSoft HTML Compiler provide a lot of external Javascript functions and events for your apps to go beyond the modern HTML apps capabilities, for example, to give the ability to write files, execute programs, explore folders, show menus, tray icon and many, many more! You can take a look at the product help and the include sample apps to see these external Javascript stuff in action!

This product demo has no limitations in time nor characteristics. You can try the very latest release of the product, and, only if you find useful for you, purchase one or more licenses.

By purchasing this product you can use it without limitations, get one year of free minor upgrades, a 50% off discount in major upgrades and exclusive access to the DecSoft customer area and the DecSoft support forum.

Ask us anything about HTML Compiler

I'm really enjoying the possibilities of your plug-ins, it gives me a lot of futures I didn’t had before or only with use of a lot more of script.