DecSoft HTML Compiler include a convenient Command Line Compiler, so you can compile your apps from the console.
Previous Next

Here is the new AC-Biblia, another Asley Cruz's Android app developed with DecSoft App Builder. With this app you can read varios editions of the Holy Bible (up to 7 different editions), search on it, make annotations, manage favorites and more. Visit the app website to download it into your Android device (currently only available in spanish). Keep up the good work, Asley! ;-) 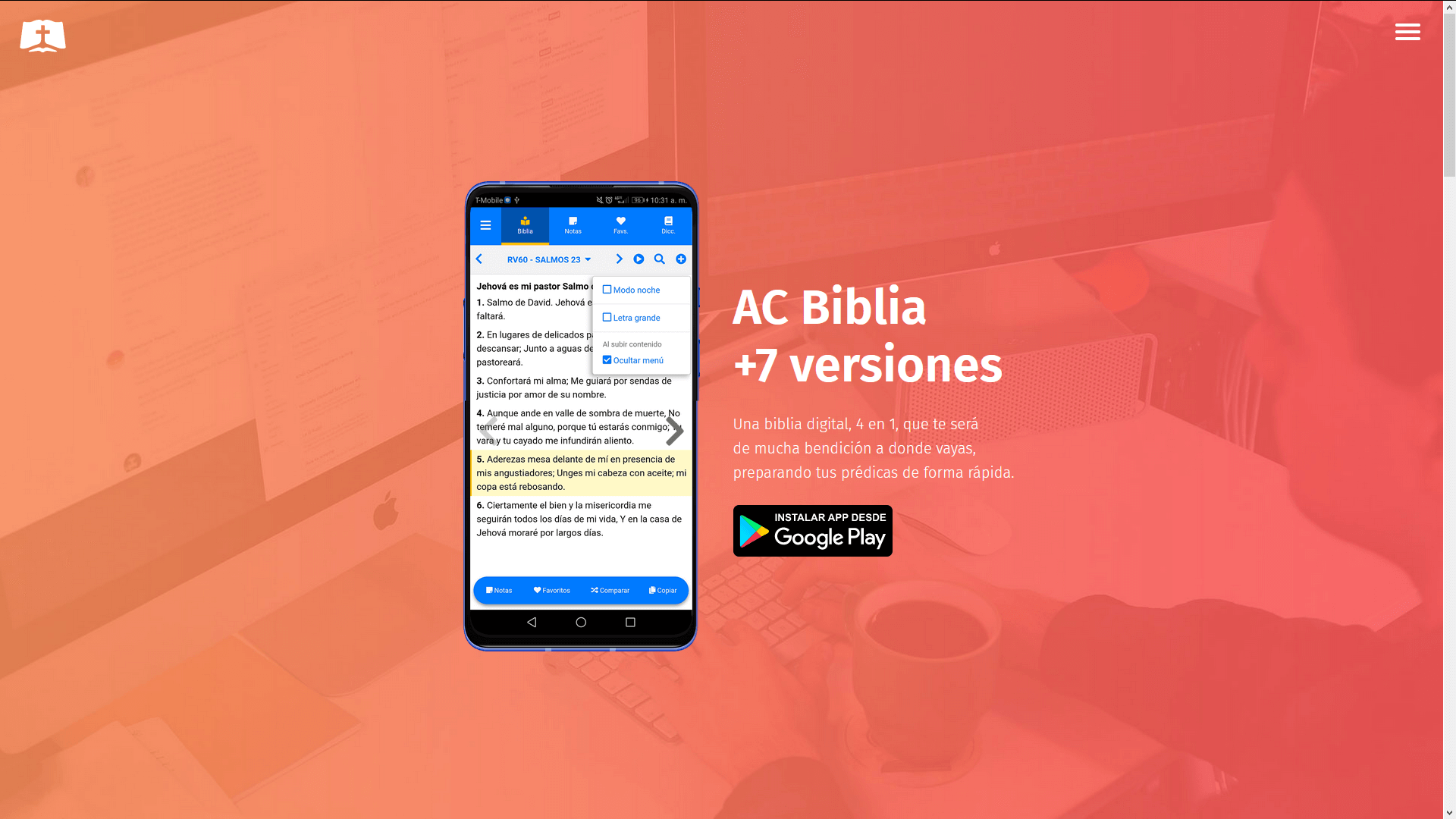